Louis-François Cartier founded Cartier, in Paris, in 1847. He had three grandsons, Louis, Pierre and Jacques, who were responsible for establishing the famous world-wide empire. The next fifty years saw many milestones.

Royal clientele from England, Siam (now Thailand), Spain, Portugal, Greece, Italy, and Monaco. Cartier, in 1906, first introduced jewellery in the geometric style that was later to become known as Art Deco. Among the exceptional jewels and gems sold by Cartier was the famous blue diamond “The Hope”, now in the permanent collection of the Smithsonian, in Washington. Cartier moved to their current location at 653 Fifth Avenue, New York in 1917. The Morton F. Plant mansion was exchanged for a two strand natural oriental pearl necklace for Mrs. Plant, and $100 for Mr. Plant. The name Cartier continues to evoke the image of luxury like no other. 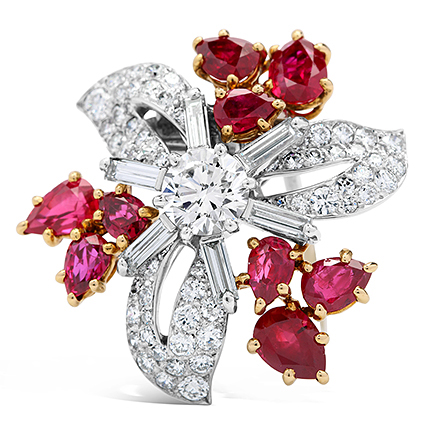 Van Cleef & Arpels has always been inspired by the unique creative energy of love, for it was love which brought the Maison into being.

Towards the end of the 19th century, a young girl named Estelle Arpels – the daughter of a dealer in precious stones – met a boy named Alfred Van Cleef, the son of a stone-cutter. This led them to founding the Maison of Van Cleef & Arpels. In 1906, Alfred set up in business with Estelle’s brother Charles, a talented salesman who managed their new boutique in Paris’ Place Vendôme. Two years later, Estelle’s brother Julien joined the firm; a third brother, Louis, joined them in 1912.

Over the years that followed, the name Van Cleef & Arpels became synonymous with the most exquisite jewellery in the world. With that achievement, the love, which first brought Estelle and Alfred together, lives on to this day through the many enchanting love stories of the Maison.

Van Cleef & Arpels remains one of the most desired names in jewellery, noted for many innovations in design, manufacturing and gem setting techniques which changed the jewellery landscape and the way we think of jewellery. 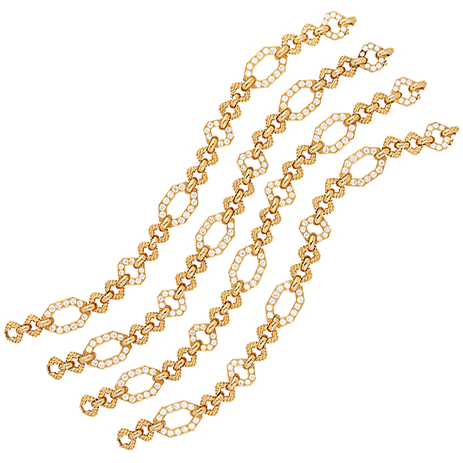 Fred Leighton’s beginnings in the world of New York style were in the bohemian 1960s of Greenwich Village. By the 1970s he had firmly embraced the beauty of design in Jewels, and moved uptown. Leighton was famous for ensuring that the designers and stylists of the world understood the enduring beauty of antique jewels.

The fashion world turned to Fred Leighton’s Madison Avenue atelier for jewels to complement their designs. He was able to provide impeccable pairings for the latest fashions with classic one-of-a-kind jewels. Stars of the entertainment world have often been seen on the red carpet, adorned with Leighton jewels.

Fred Leighton had a love of the finest gems, and global purveyors of beautiful coloured stones would often reserve their greatest treasures to show Leighton before anyone else saw them. 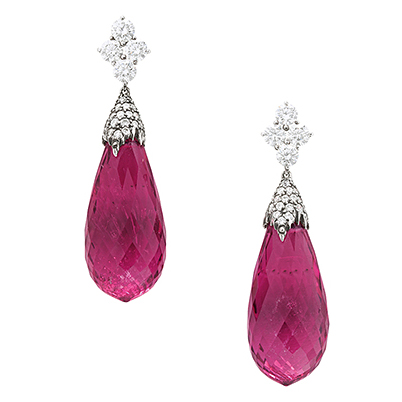